When thinking of the Prius, most people know much of it's efficiency is in it's shape, but there are still things one can do to improve its aerodynamics for personal use, even more than an automaker might be able to justify!

A quick search even reveals: "Prius Boat Tail For Sale". While it is a rough looking item - it still gets improvements to the basic cars MPG!

Others use a whole lot of other 'Tricks' to get more MPG - like the story on HybridCars.Com where they exceeded 75 MPG!

I like the Boat Tail idea - for the sake of conversations, attention, and results.
Even Green Car Reports covers this idea! 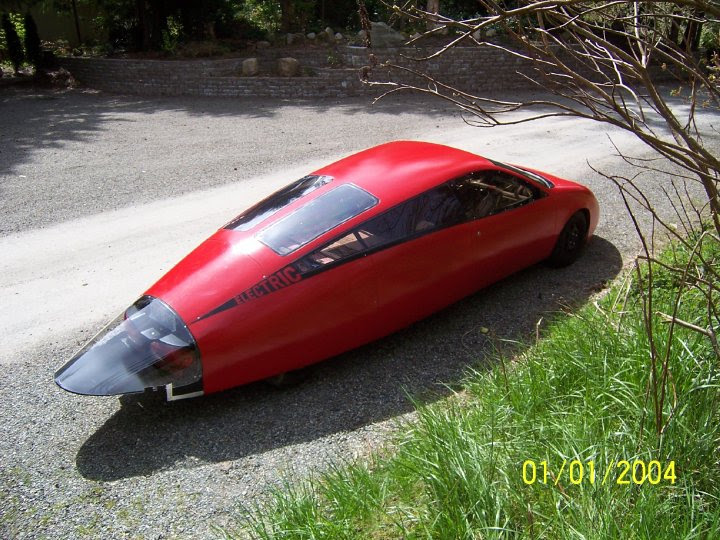 A Google Search for "prius boat tails" gets a lot of pictures to review, as well as a lot of regular webpages and stories on the subjects.

I also found a recent source of Trailer hitches for the 2004 Prius - rated for 200 lbs tongue weight, (2,000 Lbs trailer weight, but that was the hitch, not necessarily - the cars capabilities!) and if the tongue weight is that much - it would be a strong enough place to slide in a quickly attachable Boat Tail Accessory!
The Google Search lists a lot of relevant pages on the subject, instructions for installation, Examples and growing pains, and similar videos, too.

Weather a full boat tail, or just a light weight air deflector, having a separate hard point like a hitch to connect it to is better than hacking into the car!

Just some thought to think about for a potential future Project!

I would like to do a full flat bottom pan, first, to improve the Car Underbody Aerodynamics, which could be followed by an Airdam improvement to match!

Some of these same improvements could be done to my 2010 Kia SOUL as well!

It already has an Accessories hitch, designed for things like a bike rack! This e-Trailer Bike Rack has a 70 Lbs Limit, but the full on Soul Trailer Hitches have a 200 Lb Tongue Weight Limit! At least we know it won't pull off the trailer hitch!

The Bike Rack could be a core element of attaching the Boat Tail, if that was kept under the 70 Lbs and didn't add too much levering force!

Posted by Electricfly at 3:20 PM

Electricfly
Working for Bombardier Aerospace as an Aircraft Assembler - I see things that are efficently shaped, and feel I should be creating mods based on that Idea.

Would saving 50% on Gas make you buy a Hybrid?